What Is the Unconscious? (In modern psychology)

In Sigmund Freud’s psychoanalytic theory of personality, the unconscious mind is defined as a reservoir of feelings, thoughts, urges, and memories that are outside of conscious awareness.

Within this understanding, most of the contents of the unconscious are considered unacceptable or unpleasant, such as feelings of pain, anxiety, or conflict. Freud believed that the unconscious continues to influence behavior even though people are unaware of these underlying influences.

Consider how an iceberg would look if you could see it in its entirety. Only a small part of the iceberg is actually visible above the water. What you cannot see from the surface is the enormous amount of ice that makes up the bulk of the iceberg, submerged deep below in the water.

Impact of the Unconscious

Unconscious thoughts, beliefs, and feelings can potentially cause many problems including:

Freud believed that many of our feelings, desires, and emotions are repressed or held out of awareness because they are simply too threatening. Freud believed that sometimes these hidden desires and wishes make themselves known through dreams and slips of the tongue (aka “Freudian slips”).

Such urges are kept out of consciousness because our conscious minds often view them as unacceptable or irrational. To keep these urges out of awareness, Freud suggested that people utilize many different defense mechanisms to prevent them from rising to awareness.

Freud believed that he could bring unconscious feelings into awareness through the use of a technique called free association. He asked patients to relax and say whatever came to mind without any consideration of how trivial, irrelevant, or embarrassing it might be.

By tracing these streams of thought, Freud believed he could uncover the contents of the unconscious mind where repressed desires and painful childhood memories existed.

Freud also suggested that dreams were another route to the unconscious. While information from the unconscious mind may sometimes appear in dreams, he believed that it was often in a disguised form.

As such, from Freud’s point of view, dream interpretation would require examining the literal content of a dream (known as the manifest content) to try to uncover the hidden, unconscious meaning of the dream (the latent content).

Freud also believed that dreams were a form of wish fulfillment. Because these unconscious urges could not be expressed in waking life, he believed they find expression in dreams.

Modern cognitive psychology research has shown that even perceptions that we don’t consciously attend to can have a powerful impact on behavior. Using a technique called continuous flash suppression, researchers can display an image without people consciously seeing it because they are instead distracted by another visual display.

Research has shown that people will rate certain visual displays more negatively when they are paired with a negative or less desirable “invisible” image (such as a picture of an angry face). Even though people have no conscious awareness of even seeing those negative images, exposure to them still affects their behavior and choices.

The very idea of the existence of the unconscious has not been without controversy. Many researchers have criticized the notion and dispute that there is actually an unconscious mind at all.

More recently in the field of cognitive psychology, researchers have focused on automatic and implicit functions to describe things that were previously attributed to the unconscious. According to this approach, many cognitive functions take place outside of our conscious awareness. This research may not support Freud’s conceptualization of the unconscious mind, but it does offer evidence that things that we are not aware of consciously may still influence our behaviors.

One of the major pitfalls of Freud’s work is his lack of scientific methodology in the development of his theories. Many of his ideas were based upon case studies or observations of a single individual. Unlike early psychoanalytic approaches to the unconscious, modern research within the field of cognitive psychology is driven by scientific investigations and empirical data supporting the existence of these automatic cognitive processes.

History of the Unconscious

The idea that there are forces outside of conscious awareness has existed for thousands of years. The term “unconscious” was first coined by the philosopher Friedrich Schelling in the late 18th-century and was later translated to English by poet Samuel Taylor Coleridge.

Within the field of psychology, the notion of unconscious influences was touched on by thinkers including William James and Wilhelm Wundt, but it was Freud who popularized the idea and made it a central component of his psychoanalytic approach to psychology.

While many of Freud’s ideas have since fallen out of favor, modern psychologists continue to explore the influences of unconscious mental processes including related topics such as unconscious bias, implicit memory, implicit attitudes, priming, and nonconscious learning.

While Sigmund Freud did not invent the concept of the unconscious mind, he did popularize it to the point that it is now largely associated with his psychoanalytic theories. The notion of the unconscious continues to play a role in modern psychology as researchers strive to understand how the mind operates outside of conscious awareness. 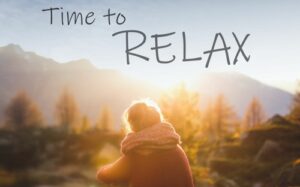 How do I clam my anxious mind 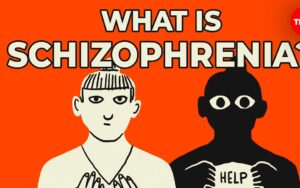 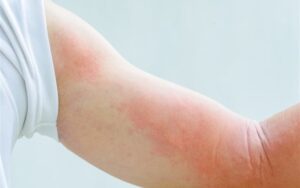 What is the main cause of eczema