The word personality itself stems from the Latin word persona, which refers to a theatrical mask worn by performers in order to either project different roles or disguise their identities. Personality and behavior.

At its most basic, personality is the characteristic patterns of thoughts, feelings, and behaviors that make a person unique. It is believed that personality arises from within the individual and remains fairly consistent throughout life.

While there are many different definitions of personality, most focus on the pattern of behaviors and characteristics that can help predict and explain a person’s behavior.

So what exactly makes up a personality? Traits and patterns of thought and emotion play important roles as well as the following fundamental characteristics of personality:

Consistency: There is generally a recognizable order and regularity to behaviors. Essentially, people act in the same ways or similar ways in a variety of situations.

Psychological and physiological: Personality is a psychological construct, but research suggests that it is also influenced by biological processes and needs.

Behaviors and actions: Personality not only influences how we move and respond in our environment, but it also causes us to act in certain ways.

Multiple expressions: Personality is displayed in more than just behavior. It can also be seen in our thoughts, feelings, close relationships, and other social interactions.

There are a number of theories about how personality develops, and different schools of thought in psychology influence many of these theories. Some of these major perspectives on personality include the following.

Type theories are the early perspectives on personality. These theories suggested that there are a limited number of “personality types” that are related to biological influences, including:

Trait theories tend to view personality as the result of internal characteristics that are genetically based and include:

Humanist theories emphasize the importance of free will and individual experience in developing ​a personality. Humanist theorists include Carl Rogers and Abraham Maslow.

Research on personality can yield fascinating insights into how personality develops and changes over the course of a lifetime. This research can also have important practical applications in the real world.

For example, personality assessments are often used to help people learn more about themselves and their unique strengths, weaknesses, and preferences. Some assessments might look at how people rank on specific traits, such as whether they are high in extroversion, conscientiousness, or openness.

Other assessments might measure how specific aspects of personality change over the course of development. Such personality assessments can also be used to help people determine what careers they might enjoy, how well they might perform in certain job roles, or how effective a form of psychotherapy has been.

Personality type can also have a connection to your health, including how often you visit the doctor and how you cope with stress. Researchers have found that certain personality characteristics may be linked to illness and health behaviors.

Understanding the psychology of personality is much more than simply an academic exercise. The findings from personality research can have important applications in the world of medicine, health, business, economics, technology, among others. By building a better understanding of how personality works, we can look for new ways to improve both personal and public health. 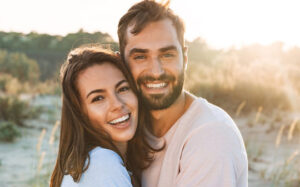 How to Handle Relationship Anxiety 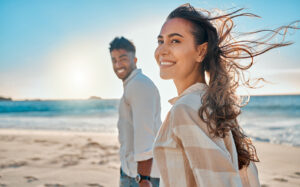 What is a toxic relationship? 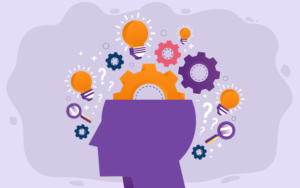 How to Be Emotionally Supportive