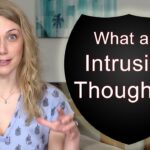 How Can I Stop OCD Thoughts?

When in Doubt, Shout It Out! 8 Drug-Free Ways to Battle Anxiety

How Can I Stop OCD Thoughts?

How Can I Stop OCD Thoughts

If you have obsessive-compulsive disorder (OCD), you may find yourself trying to figure out how you can stop having OCD thoughts. You are not alone.

However, what many people with OCD don’t realize is that the distressing thoughts they experience are not necessarily something that they have (or can have) control over. While this fact might initially make you feel stressed, understanding how your OCD thinking works and why it happens will help you develop more effective ways to cope.

What Are OCD Thoughts?

A 2014 study published in the Journal of Obsessive Compulsive and Related Disorders interviewed 777 college students in 13 different countries and found that around 94% of them had experienced at least one unwanted intrusive thought during the previous three months.1 While many experiences these odd or even disturbing thoughts, most people don’t register them as an issue in their daily lives. The problem is when they become not just intrusive but obsessive.

A person with OCD can experience intrusive thoughts relentlessly and with an intensity that can seriously affect their well-being. Rather than having a neutral response to a passing thought, a person with OCD experiences a response in their mind and body. The more they perseverate on the thought, the more anxiety they experience. The cycle can be distressing and may impact their ability to function.

You may not be able to control whether an intrusive thought pops into your head, but you can control how you react to it.

If you have OCD and struggle with intrusive thoughts, here is some key information about why these thoughts happen and how you can learn to cope with them.

People with OCD may believe that simply thinking about something disturbing (such as molesting a neighbor or killing their spouse) is morally equivalent to carrying out the act. They may even believe that if they have a thought (such as getting into a car crash or contracting a serious disease), it means the event will happen—unless they do something to prevent it.

This is called thought-action fusion, and it is one reason that intrusive thoughts are more distressing for people with OCD.

Instead of letting their thoughts come and go, people with OCD often take personal responsibility for the thoughts they have. They also tend to interpret these thoughts as being more significant than they really are.

Perceiving thoughts as being urgent and important makes a person feel that they must immediately act on or respond to them in the “right” way. A person with OCD may develop compulsions in response to their obsessive thoughts.

Behavioral compulsions are actions and behaviors that are used in an attempt to alleviate the distress intrusive thoughts cause. Compulsions can be a little like superstitions for people with OCD. Often, the person recognizes that the behaviors are not rational (this is known as insight), but the fear of what they believe will happen if they don’t perform them is compelling.

Completing a ritual temporarily relieves the anxiety but keeps a person stuck in the cycle because it reinforces obsessive thinking.

For example, a person who obsesses about their home burning down while they are at work might compulsively check that the stove is off before they leave the house every day. When they return home at the end of the day and their house has not burned down, it reinforces the belief that their ritual (for example, checking a certain number of times or checking in a specific order) “worked.”

Compulsions can also be mental. For example, a person might believe that if they do not “think through” or analyze a thought sufficiently, it will become a reality. Thinking about a “bad” thought can also be an attempt to neutralize it or “balance it out.”

Repeatedly giving attention and mental energy to an intrusive thought can initially feel like productive problem-solving. In reality, the obsessive pattern of thinking doesn’t usually give someone with OCD any helpful insight.

If a person with OCD believes that their intrusive thoughts are dangerous, they may try to closely monitor them. It may feel like necessary vigilance, but the intensity with which someone monitors their own thinking can easily become hypervigilance.

Once a person labels a certain thought as dangerous and becomes hyperaware of it, they can become overwhelmed. When this happens, they might respond by trying to push the thought away. While it might seem like a good solution, it’s not easy—and it doesn’t necessarily work. Research has shown that thought suppression in people with OCD can lead to the development of more intrusive thoughts.

What to Do Instead

You can be aware of an intrusive thought without trying to stop it. You can start by trying to recognize that the thought is trying to control you (for example, by making you feel the need to perform a compulsion) and consciously challenging it.

The first step you take might be to simply pause when the thought comes up rather than immediately responding to its urgent demand.

It might be uncomfortable to consider the thought from a distance and resist the urge to perform a ritual. Over time, defusing your obsessive thoughts this way can actually help you feel more in control.

Once you are able to put some space between yourself and your thoughts, you can start to look at them more objectively. Then, you can figure out what triggers the thoughts and take a closer (but non-judgmental) look at how you react.

Try not to be too hard on yourself or get discouraged during this process. It takes practice to distance yourself from your thoughts. Obsessive thinking is intense and persistent by nature. Sometimes, instructing yourself not to think about a thought only brings more attention to it.

Separating Your Thoughts From Your Identity

Even if you don’t experience thought-action fusion, you likely have to deal with obsessive thoughts on a daily basis if you have OCD. You may feel so overwhelmed at times that you would give anything to stop the cycle.

Although it is easier to say than to believe, thoughts are just strings of words and are not inherently dangerous. You are not obliged to take thought seriously just because your brain generated it.

You Are Not Your Thoughts

The intrusive thoughts you experience are not necessarily a reflection of who you are, but when they become obsessive, they can be influenced by the things that cause you the most worry and anxiety.

Moreover, your thoughts do not necessarily say anything about you. Having a “bad” thought does not mean that you are a “bad” person.

Try to remember that intrusive thoughts don’t always align with your core values, beliefs, and morals. In fact, OCD thoughts tend to attack and focus on the things that offend you. The same can be true for intrusive thoughts that cause fear, which tend to be based on what you are most concerned about (for example, the health and safety of your family).

People with OCD can feel an overwhelming amount of fear and guilt about the intrusive thoughts they experience.7 They may also experience deep shame, embarrassment, and even self-hatred.

Try to be kind and patient with yourself. Remember that everyone experiences intrusive thoughts at times, and they are not something you are expected to be in control of. It is a good practice to recognize the intrusive thought or feeling you are having, but that does not mean you have to identify with it.

Once you accept that you cannot completely control your thoughts, you can start building the habit of acknowledging them without letting them take control.

People with OCD can also experience depression, anxiety, substance use disorders, and other mental health conditions.

If your OCD thoughts are making it hard for you to function at home, school, or work, and you feel that you cannot cope with them, talk to a doctor or mental health professional. While it can be difficult to ask for help, there are treatments for OCD that could help you feel better.

Many people with OCD take one or more medications to help them manage symptoms. They may take antidepressants, anti-anxiety medications, or other commonly prescribed drugs for mental health conditions.

Some people with OCD also use herbal or natural supplements to help manage their symptoms. However, it is not always safe to take these products with prescription medications. If you want to try an alternative remedy, ask a doctor.

Several types of psychotherapy can be used to help someone with OCD manage obsessive thoughts. The most common is cognitive behavioral therapy (CBT), specifically an approach known as exposure therapy.

In ERP, you and a therapist will work directly with your obsessive thoughts as well as any associated compulsions. You will use techniques like role-playing situations that cause you distress and talking through your thought process with your therapist.

It might feel overwhelming or frightening to think about confronting your thoughts, but keep in mind that exposure work is done slowly, gradually, and with plenty of support.

If you have OCD, mindfulness techniques may help you develop a more objective perspective on your obsessive thoughts. Mindfulness exercises might already be part of your therapy, but you can also try them on your own. There are even apps you can use to track your progress.

Many people with OCD ultimately need more than one type of treatment to effectively manage their symptoms. A doctor or therapist can help you find the combination that works best for you.

Powered by WordPress | WP Travel Magazine by WP Mag Plus